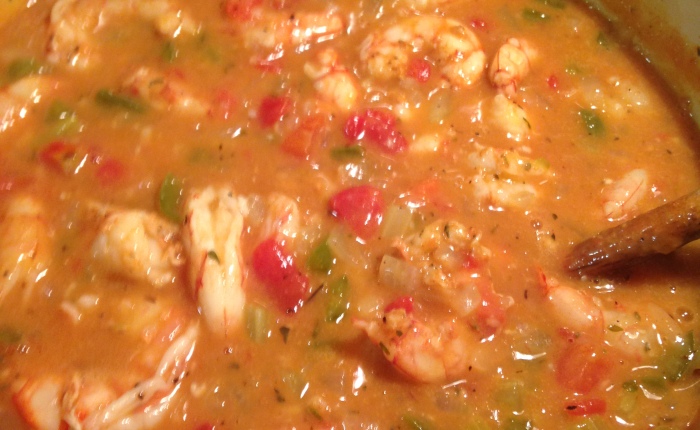 I select a different theme for my Christmas Eve dinner each year. This year’s pick was “Creole Christmas.” The food of Louisiana has a rich history. The flavors are layered and rich. I have yet to come across a Creole or Cajun dish I didn’t like! The menu included red snapper, shrimp etouffee, corn maque choux, and bread pudding with raisins and bourbon sauce. Yum!

One time-saving method I used this year was to prep all my vegetables in advance. Since most creole dishes include a mirepoix of onion, celery, and bell pepper, I chopped enough of each for all the recipes. 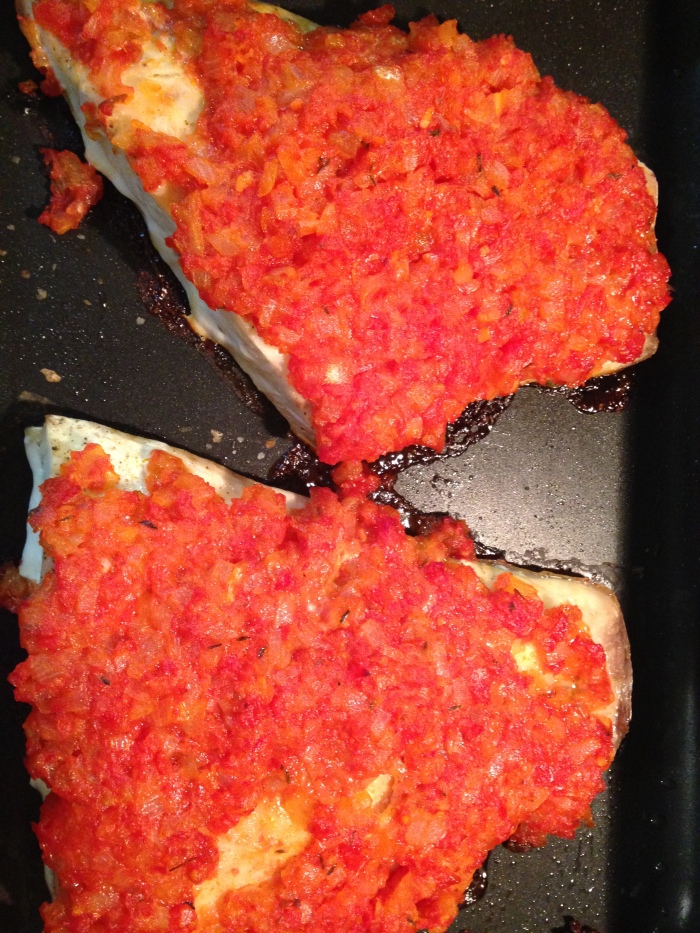 I used a recipe from the James Beard Foundation to make the fish. I was fortunate to find two lovely pieces of red snapper at a local Harris Teeter. They usually have a decent fish and seafood department. The recipe called for sliced black olives, crumbled bacon, and chopped hard-boiled egg on top for serving. I was skeptical at first, but the overall effect was amazing. Here is the full recipe: http://www.jamesbeard.org/recipes/baked-fish-creole

I had never tried shrimp etouffee before making it for this year’s dinner. It was a hit. I think this is one of those dishes that improves with time. Had there been any leftovers, I assume it would have been even more delish. I do think the shrimp, though cooked perfectly, would have tasted better if I had been able to find domestic shrimp. I don’t know whether anyone else agrees, but IMO nothing beats fresh shrimp from the waters near Savannah, Georgia. Unfortunately by the time I made it to the grocery store Christmas Eve day, all that remained was imported shrimp. I used Emeril’s recipe: http://www.foodnetwork.com/recipes/emeril-lagasse/shrimp-etouffee-recipe.html

The maque choux was creamy with a slight kick. It is probably one of the best corn dishes I’ve ever eaten. I had to alter the recipe a tad because I was unable to find tasso ham. I substituted andouille sausage instead which was a perfect choice. I rendered the sausage then cooked the corn mixture in the same pan. I think it came out great! This was another Emeril recipe: http://www.foodnetwork.com/recipes/emeril-lagasse/tasso-maque-choux-recipe.html#! 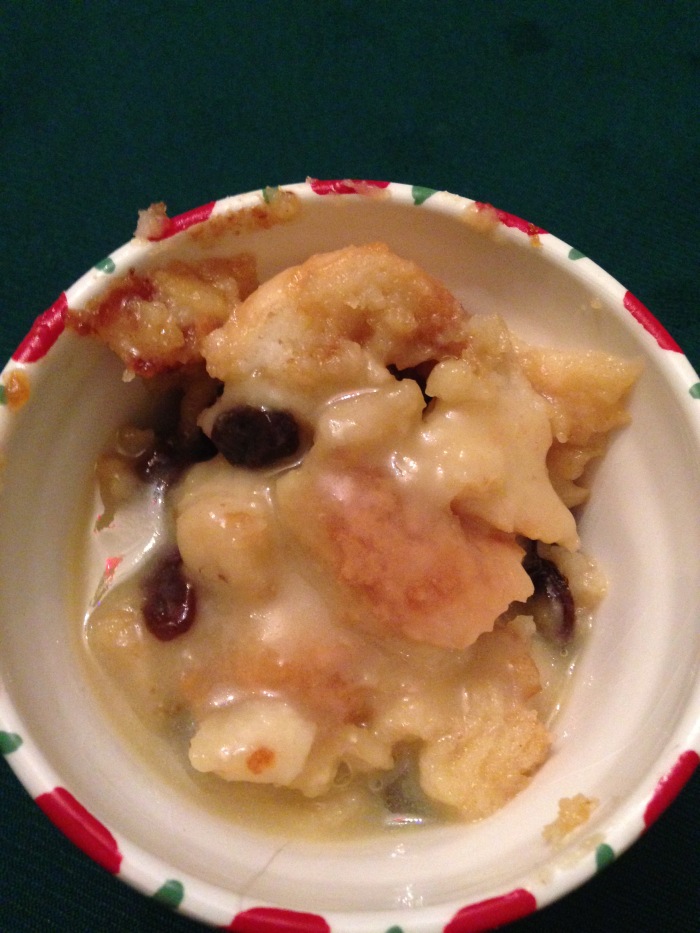 I’ve never met a bread pudding I didn’t like! It’s a traditional Louisiana dessert. I kept it very simple and the bourbon sauce was a complete hit. I did not have whole milk, so instead I mixed half skim milk and half heavy cream. The result was pure heaven in a bowl! It was just as yummy the next morning when I rewarmed a small portion for breakfast! The recipe was from Mr. Food: http://www.mrfood.com/Puddings/New-Orleans-Bread-Pudding-with-Bourbon-Sauce-3289.

Hey baby! If you are in a New Orleans state of mind, give creole cooking a try.